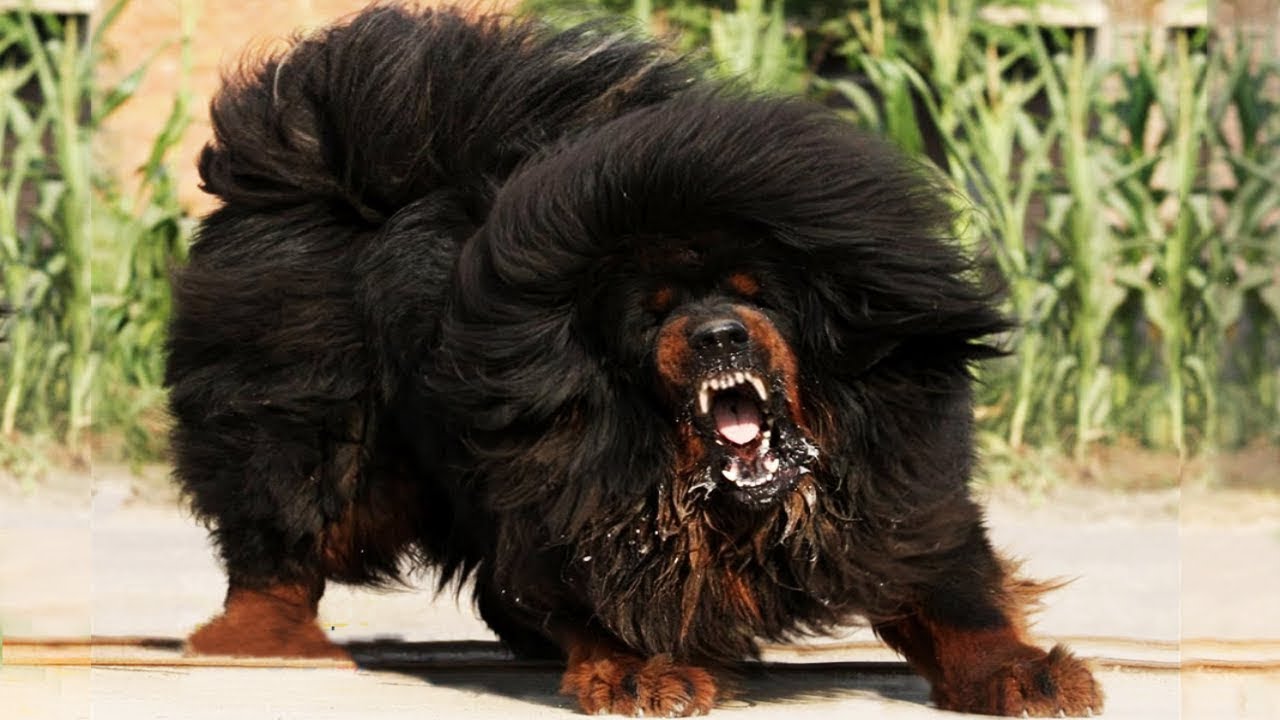 Most ILLEGAL Dog Breeds In The World!

Most ILLEGAL Dog Breeds In The World!
Have you always wanted to have a dog? Do you have a specific dog breed in mind? Well if you do, better
make sure that simply owning it won’t land you behind bars. Today we will be looking at the most illegal
dog breeds in the world. Number one is the most illegal breed to own, and yet also the most
misunderstood. Stay tuned to find out what it is.

Number 10. The Canary Mastiff
The Canary Mastiff or Perro de Presa Canario is a huge dog that originally came from the Canary Islands.
Initially used as guard dogs, they are now considered excellent companions, that is if they are well
trained. Due to their ancestry, they are highly aggressive to anything strange to them; be they human,
other dog breeds, or other animals in general.
Training and socializing them is not that difficult, but of course any would be pet owner should be very
wary of its quite aggressive temperament. Even when well trained, their size and strength, coupled with
their intolerance for juvenile antics makes them not suitable for families with kids. But despite its
trainability, it seems that certain countries in the world don’t want to take the risk of having one of
these gigantic beasts wreak havoc within their borders.
This strong and aggressive breed of dog is illegal in Australia and New Zealand, with both countries
stating that they will not be allowing aggressive dogs into their respective countries, no matter how well
trained they are.

Number 9. The Rottweiler
Another huge dog breed, Rottweilers also have a reputation for being aggressive when untrained and/or
socialized improperly. These burly guard dogs can weigh more than 120 pounds and are known for their
immense strength.
Untrained and under-exercised Rottweilers can be a nuisance at the best of times, they like digging and
their deep booming barks are definitely not welcome especially during the wee hours of the morning. At
the worst, these large powerful dogs are often unmanageable and are fully capable of inflicting severe
damage to property, other pets and animals, and yes, humans.
The weird thing is, most dog experts don’t think that Rotts are dangerous at all, except for a few
exceptions. A group called the American Temperament Test Society ran tests to see how aggressive
different dog breeds could be. According to test results, Rottweilers actually are less aggressive than
Chihuahuas.
Be as it might, no one has ever died from a Chihuahua attack, Rottweilers on the other hand, have a very
grim reputation when it comes to human fatalities. According to a census, for a 13-year period covering
2005 to 2017, Rottweilers caused 45 attack related fatalities, which is second overall. This may be the
basis why this breed is banned in Poland, Romania, Portugal, and Ireland.

Number 8. The Tosa Inu
The Tosa Inu is a Japanese dog breed bred for only one thing; fighting, but not the kind that you might
think. It is an amalgamation of different western dog breeds along with native Japanese breeds
specifically chosen to produce a big, heavy, and muscular dog perfect for fighting, not death matches,
but rather sumo matches.
They can weigh more than 200 lbs. and are considered by most to be gentle giants. They are quite
sensitive and often quiet, but when they bark, you’d be hard pressed to find another bark as impressive
or intimidating. However, they require an experienced and authoritative hand to make sure they don’t
step out of line. They also do have the tendency to be over protective when it comes to their owners,
not a good thing for a dogs that’s bred to be both heavy and strong.
Because of their fighting lineage, advocates for the breed believe that they are unjustly discriminated
upon and is unfairly suffering from breed specific legislation, which is the banning of the breed in certain
countries. It is currently banned is banned in places like England, Ireland, Australia, and many other
countries.

Number 7. The Doberman Pinscher
Often stereotyped as both ferocious and aggressive, Doberman Pinschers are also often said to be
another victim of breed specific legislation, making it one of the most banned dog breeds in the United
States. But then again, even these legislations have a basis for them existing.
Dobies are bred to be large, loud, fearless, intimidating, and willing to defend their owner from any
attacker, both human and animal alike. These attributes make them perfect guard dogs, but not so
much as general pets or companions. Although quite smart and easily trained, they rank among the
more-likely breeds to show aggressive behavior toward strangers and other dogs.

What is the best age to breed a dog? Natural Matting Siberian Husky Dog powerful Stud At GIR_HUNTER

The PERFECT DOG BREEDS For OLDER PEOPLE. MY TOP 10